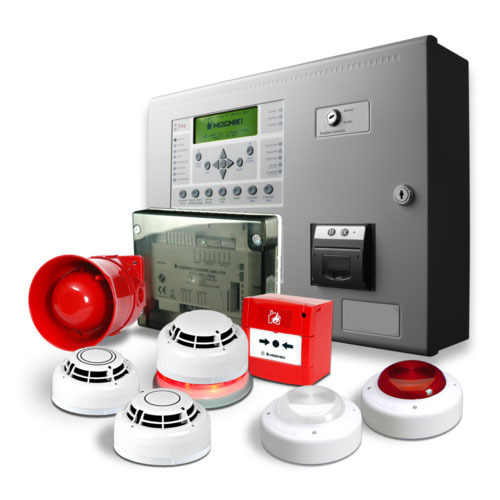 Fire alarm systems consist of much more than smoke detectors on the walls or ceilings or a main fire alarm control panel in the front of your building. Many elements of fire alarm systems are kept out of sight, so you might not be able to check them every day.

During a routine annual fire alarm system inspection, the various components of your fire alarm system are exercised and tested to make sure they’re all in good working order. This includes all of the manual pull stations, alert/alarm methods (strobes and horns), smoke and heat detectors, duct detectors, annunciator panels, the main alarm panel, and any communications sub-panels and battery backup supplies.

What’s the difference between conventional and addressable fire alarms?

The biggest different between conventional and addressable fire alarms is scale. Conventional fire alarms are ideal for small buildings, such as individual offices or retail shops. They go off individually when they detect smoke or heat and will help everyone escape from your building safely and quickly.

Addressable fire alarm systems are typically more expensive than conventional alarms, but the extra information they provide to firefighters and building managers is invaluable.

Again, for a large building or campus, addressable fire alarms are invaluable. Since they show exactly which devices are going off, it makes it extremely easy to figure out either where there is a fire or, in the event of a false alarm, which specific device is having a problem.

Conventional fire alarms can be set up in zones, with each zone hardwired to a control panel or zone expander. Conventional fire alarm systems are much less expensive and require significantly less labor to install. If your business needs fire alarm services, including installation, inspection, and repair, contact Sentrack today.
©2010 - 2021 Sentrack Systems Uganda. All rights reserved. | Designed : LWEGATECH